With the long-anticipated upgrade to Ethereum hanging overhead and now the first phase of Eth2 already running, Ethereum is being discussed everywhere. Unfortunately, the dialog around Eth2 upgrades isn't the easiest to understand for people new to the world of blockchain. So, a few weeks ago, we sat down with our resident expert, Sascha Hanse, to discuss Ethereum, proof of stake, and Eth2 in context to help everyone on our team have a better understanding of the upcoming changes. Over the coming weeks, we'll be writing short pieces about different topics related to Ethereum. We hope it will be a helpful resource for anyone wanting a broad understanding of the discussions people are having every day.

Internet pioneers imagined that the internet (web1 and web2) would be a place where the open sharing and discovery of information and data would improve freedom, equality, and access to opportunity globally.

"Web1 served as the internet of the 1990s and early 2000s. At that time, the internet was a read-only directory of static HTML pages. User-to-user interaction was limited. The era of Web2, also known as the read-write web, began around 2004 and remains the most relevant generation of the internet in 2019. It is comprised of social media sites, blogs, and online communities that allow end-users to interact and collaborate with each other at any time and in real-time." (Delton Rhodes, Moving from Web2 to Web3)

The internet hasn't been the great equalizer it was supposed to be. Instead, the internet has become a place where critical infrastructure is owned and controlled by only a small number of large companies and influential people. Companies like Facebook and Google have spread their influence to nearly every corner of the internet by tracking individuals, surveilling their behaviors, and using their data to build revenue. As a result, the internet (web2) has become an oligopoly of gatekeepers. On web2, the platforms control your experience, who you can connect with, and the opinions you are allowed to share.

Social Media platforms can censor any content or any account that goes against their guidelines. Payment services can decide only to allow payments for certain types of work and services. Ride-sharing companies can kick out drivers with low ratings. Online services all depend on the reliability of a central company's servers. A privileged entity gets to decide the status quo, pushing out fringe ideas, reducing the diversity of thought, and free access to online resources.

Ethereum (and web3 more generally) was designed to be a new, better version of the internet. Ethereum is a move from centralized internet with characteristics determined by a few large companies to a decentralized internet that is self-determined, secure, accessible, and fair. The vision for Ethereum took the ideas of Bitcoin and added more functionality. In an interview with Business Insider, Vitalik Buterin described Ethereum as a smartphone with multiple applications that you can use. Whereas Bitcoin is more like a calculator — it does one thing very well. That's the main premise of Ethereum. Like Bitcoin, Ethereum is a blockchain — essentially a distributed computer network that records all cryptocurrency transactions. But unlike Bitcoin, people can build smart contracts and apps on top of Ethereum.

Ethereum is a programmable base layer — you can build smart contracts and applications on top of it for social and financial interactions. Smart contracts are pieces of code that self-execute once the conditions built into them are met.

"At a very basic level, you can think of a smart contract like a sort of vending machine: a script that, when called with certain parameters, performs some actions or computation if certain conditions are satisfied. For example, a simple vendor smart contract could create and assign ownership of a digital asset if the caller sends ether to a specific recipient. Any developer can create a smart contract and make it public to the network, using the blockchain as its data layer, for a fee paid to the network. Any user can then call the smart contract to execute its code, again for a fee paid to the network. Thus, with smart contracts, developers can build and deploy arbitrarily complex user-facing apps and services such as: marketplaces, financial instruments, games, etc." (ethereum.org)

While the development of smart contracts and a public data layer are the catalysts of web3, at its essence, Ethereum is more a social than technological innovation. It's an internet infrastructure for everyone to use. It's credibly neutral, censorship-resistant, and permissionless.

First, Ethereum is credibly neutral; this means that anyone can participate and use the network. It doesn't discriminate against or favor any group of people. For example, anyone who mines a block will receive 2 ETH, and anyone can mine if they want to. The entire protocol is designed to provide fair access to everyone. While no system can ever be completely neutral (some people will always have an advantage: access to cheaper energy, more powerful computers, etc.), the system's credibility is crucial. Ethereum has built an ecosystem that has convinced a large user base that it is neutral, fair, and trustworthy — tenets that drove them from web2 to web3. Without the Ethereum Networks being credibly neutral, oligopoly structures from web2 would reemerge. A small group of people who were beneficiaries of a positive bias would dominate the blockchain. As a result, people would no longer want to participate in this system.

Secondly, Ethereum is censorship-resistant. Nobody can stop you from using it or change the network without reason or consensus. On web2, platforms can change anything at any point. Twitter can hide your tweet, Instagram can shadowban your account, Facebook can revoke your access. With Ethereum (and blockchain generally), no one can stop you from sending crypto, creating smart contracts, or using dapps as long as you pay the network's transaction (gas) fees. Ethereum is designed to be a global internet that allows everyone to participate, express themselves, and interact without risk of being stopped.

Ethereum's credible neutrality, censorship-resistance, and programmable infrastructure allow people to build new digital economies with low barriers to entry. As a result, we've seen the recent explosion in the Ethereum Network as NFT platforms have risen into mainstream attention. Alongside the growth of the NFT art industry, decentralized finance has been increasing in popularity and usage. However, as Ethereum is beginning to grow into its vision of a world computer, it has become increasingly inaccessible. As more people join the Ethereum network and the bandwidth of activity the network can accommodate stays the same, Ethereum gas/transaction fees have skyrocketed. The network has gained a reputation for being inaccessible to most people, which brings us to the topic for our next post; the problems Ethereum faces.

Share
Topic Decentralization Ethereum Unit 8 Projects
Show Comments
We would love to hear from you about your questions, thoughts, and ideas! 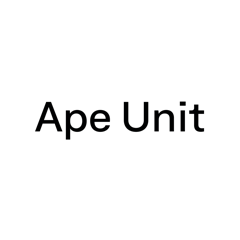